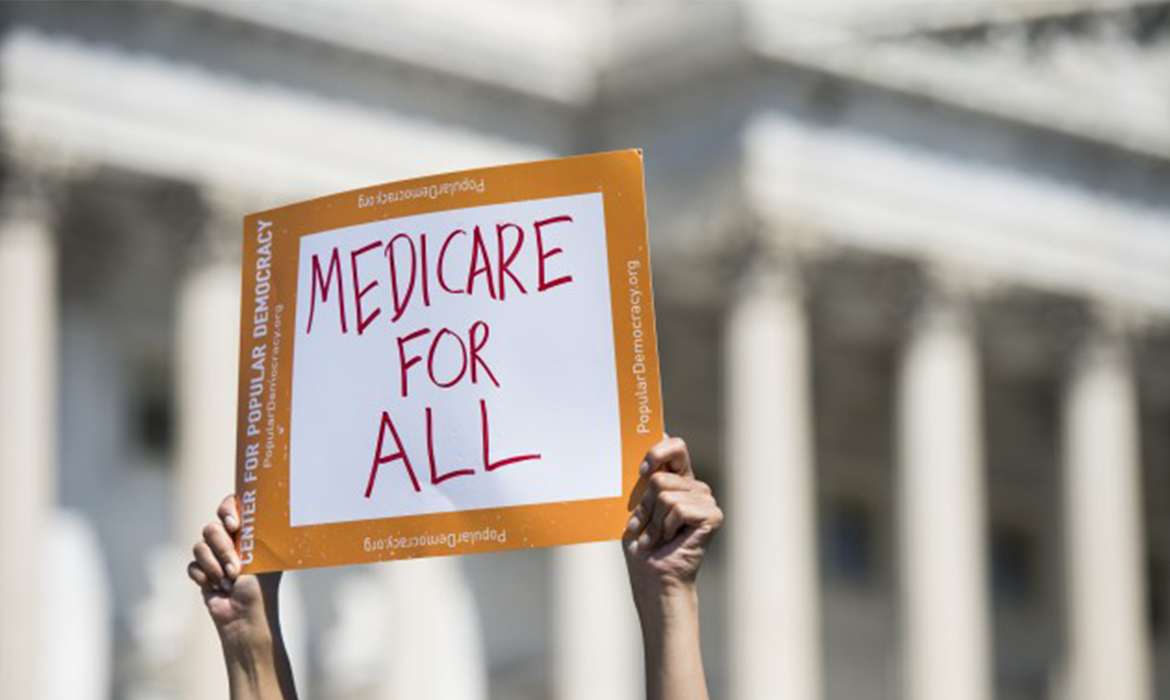 With the release of Progressive Caucus co-chair Pramila Jayapal’s Medicare for All bill, we are mired in the usual debates about the concept, which inevitably come down to cost. “How will you pay for it,” ask skeptics and opponents, pointing to impossibly large estimates ($32 trillion!) of covering the entire population with a comprehensive health program that covers more than current Medicare and is free of co-pays.

The $32 trillion number, of course, discounts the even larger number that Americans currently spend in national health expenditures, which would be saved in the event of a transition. It’s really just thrown out there as bait to get Medicare for All defenders to suggest various taxes, which are then used as a cudgel to weaken public support.

But if we’re really going to talk about cost, we should acknowledge that the Jayapal bill is demonstrably more serious about the issue than any comprehensive bill on the right or the center-left, including Obamacare, which was allegedly all about bending the cost curve. Jayapal included a bit of secret sauce that has the potential to dramatically reduce health expenditures while refocusing our entire health system on quality and care. And paradoxically for an allegedly socialist concept, it does so by leveraging market forces.

It’s called global budgeting, and it would alter the way Medicare pays out health-care private providers for treatment. Under the current “fee for service” model, Medicare pays individually for any care provided by a doctor or hospital. The Jayapal bill finds a different way: Every health-care provider would get a set budget for the year. Then it’s up to them to manage its services within that budget.

This attacks the biggest problem in American health care: costs. We pay more for individual services, whether an MRI or a surgical procedure or really anything, than any other country in the industrialized world. Prices are maddeningly opaque, as our insurance providers ultimately pay the cost. So we don’t necessarily feel these prices until our insurer raises premiums or declares a procedure outside of our coverage plan. And anyway, people don’t normally shop around for knee surgery for the best bargain. So this cost inflation has continued despite all efforts to arrest it.

Read the rest at prospect.org >>