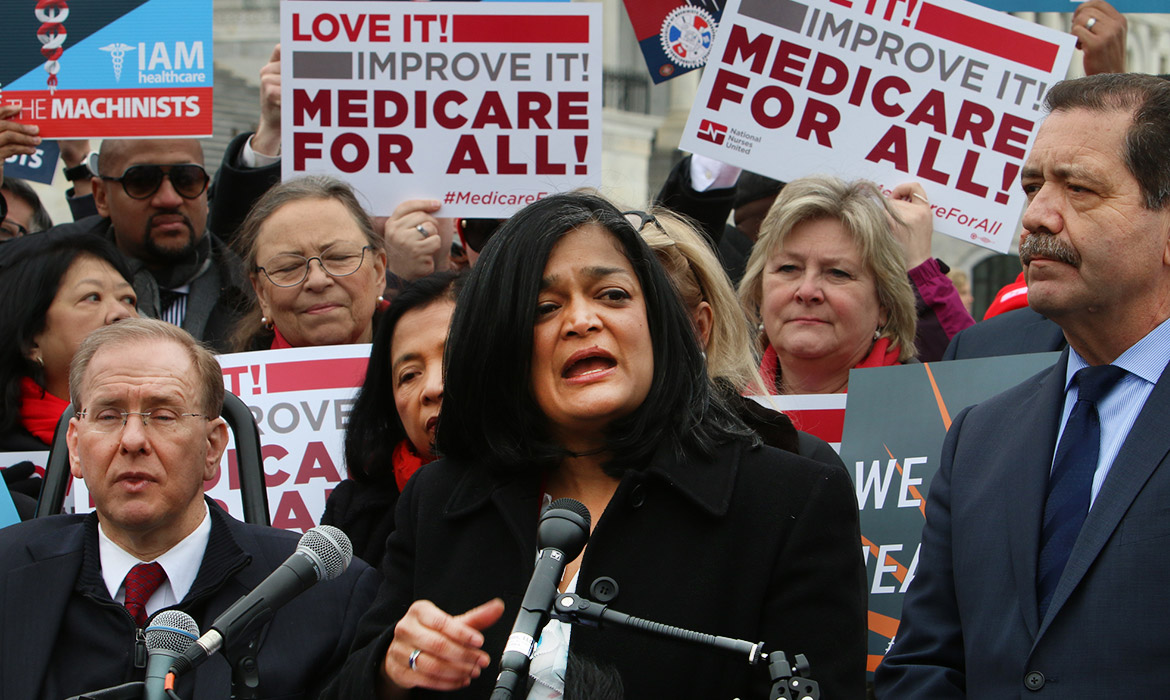 “The fact that it occurred last November, shortly after the Democrats recaptured the House majority in an election that was fought largely on the issue of health care, is a clear betrayal to the American people.”

Rep. Pramila Jayapal on Tuesday directly confronted an influential health policy aide for attempting to undercut the Democratic caucus’s push for Medicare for All.

Jayapal, author of the Medicare for All bill H.R. 1384, demanded to know at a meeting of the Congressional Progressive Caucus why Wendell Primus, House Speaker Nancy Pelosi’s top health policy adviser, derided her proposal in discussions with insurance executives.

“I think it’s really inappropriate for staff representing the Speaker’s office to be undercutting members of our caucus,” Jayapal told Politico after the meeting.

As multiple outlets including Common Dreams reported, Primus spoke with executives and health policy experts on November 30 at a meeting where he called proposals like Jayapal’s and the broader push toward Medicare for All an “unhelpful distraction.”

While last year’s meeting was private, attendees told Politico in reporting published Tuesday that Primus had given the impression that those present should work to steer public sentiment away from a single-payer system and toward propping up the for-profit health insurance sector.

As one single payer advocate pointed out on Twitter, Primus entirely misrepresented the reality of Medicare for All’s broad support. He claimed that single-payer healthcare would be “very expensive,” despite the fact that it’s projected to cost $2 trillion less than the current for-profit model in its first decade; that “stakeholders” are against it, ignoring polls showing the at least 70 percent of Americans including more than half of Republicans back the plan; and that it will create “winners and losers,” suggesting that the current system—which allows profit-driven insurance corporations to regularly refuse to cover medical expenses and kick Americans off their insurance plans—is more equitable than a proposal to expand the broadly popular Medicare program to the entire country.

Read the rest at commondreams.org >>