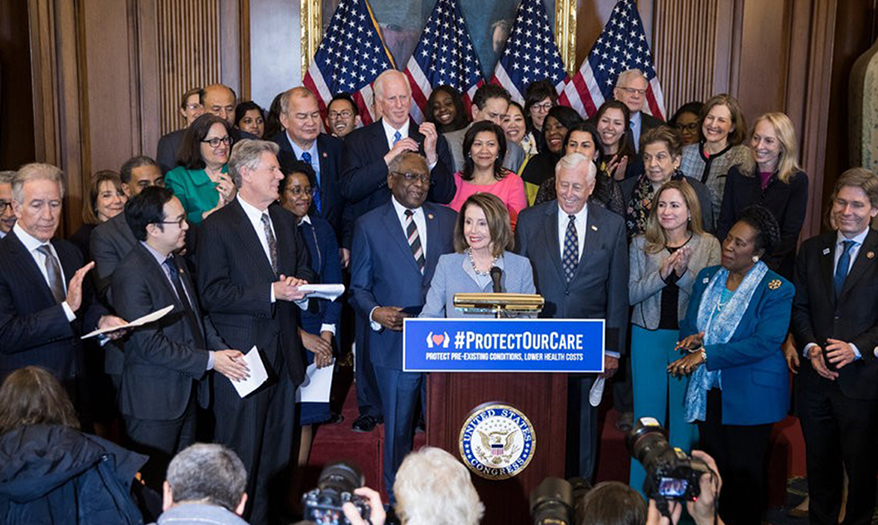 Americans borrowed an estimated $88 billion over the last year to pay for health care, according to a survey released on Tuesday by Gallup and the nonprofit West Health.

The survey also found that one in four Americans have skipped treatment because of the cost, and that nearly half fear bankruptcy in the event of a health emergency.

There was a partisan divide when respondents were asked whether they believed that the American health care system is among the best in the world: Among Republicans, 67 percent of respondents said they believed so; that number was 38 percent among Democrats.

But Democrats and Republicans had similar responses about putting off medical treatment. Asked if they had deferred treatment because of the cost, 27 percent of Democrats said they had, compared with 21 percent of Republicans and 30 percent of independents.

[President Trump retreated on health care Tuesday, saying a G.O.P. plan would appear after the 2020 election.]

Respondents from across the political spectrum also reported pessimism about their leaders’ abilities to reduce health care costs. About 70 percent of respondents said they had no confidence in their elected officials to bring prices down. And 77 percent said they were concerned that rising health care costs would damage the American economy.

“Our data shows an American public that’s beaten down from this really serious issue,” said Dan Witters, a senior researcher at Gallup.

Read the rest at nytimes.com >>