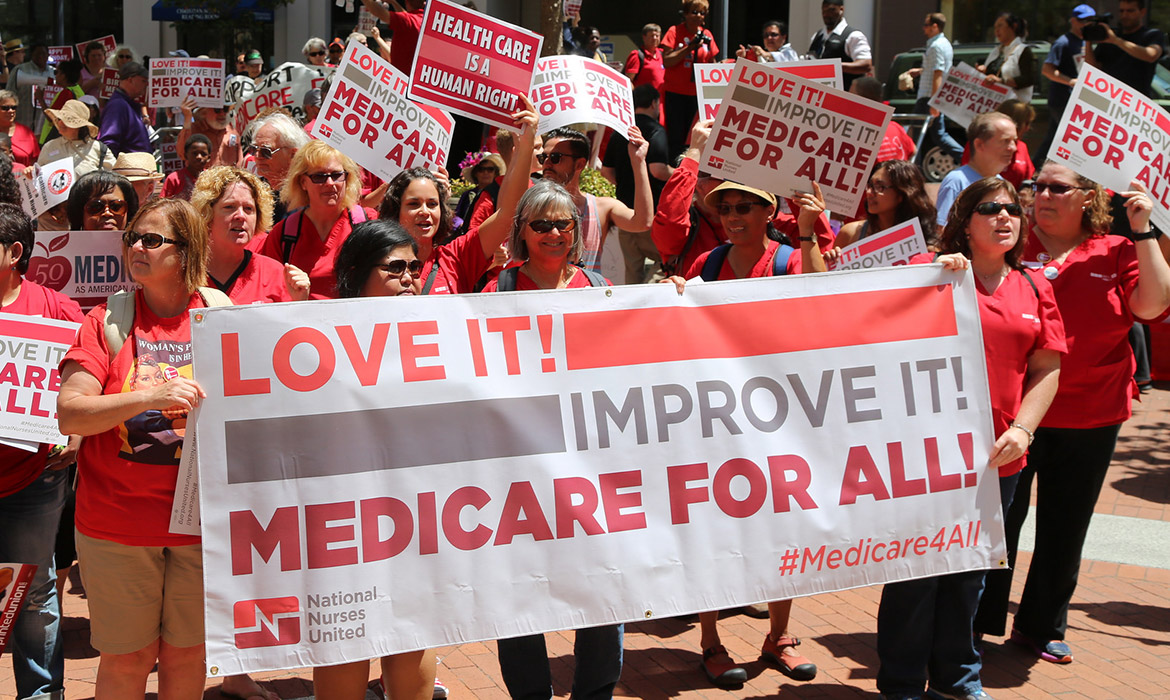 Congressman John Yarmuth (KY-3) announced his cosponsorship of H.R. 1384, the Medicare for All Act of 2019, and three other legislative efforts aimed at either expanding Medicare or providing access to a public option system, H.R. 2452, the Medicare for America Act of 2019; H.R. 2085, the Consumer Health Options and Insurance Competition Enhancement Act, or CHOICE Act; and H.R. 1346, the Medicare Buy-In and Health Care Stabilization Act of 2019.

“Last week, the House Budget Committee held a hearing on the many issues involved in constructing a single payer, or Medicare-for-All healthcare system in the United States. Following the hearing, in which my Republican colleagues offered no alternative to a single payer system, but criticized it with mostly simplistic ideological rhetoric, I decided to announce my cosponsorship of four bills proposed by members of the committee,” said Yarmuth. “While none of these bills is written exactly as I would have written them, it is more important that I express my support for broad expansion of Medicare and an ironclad commitment to achieving universal coverage. I have been a proponent of single payer health care since entering politics, and I am more convinced than ever that we need to move decisively in that direction.”

Yarmuth’s cosponsorship of these measures comes on the heels of last week’s House Budget Committee Hearing—entitled “Key Design Components and Considerations for Establishing a Single-Payer Health Care System,”—a hearing Yarmuth promised to hold if he became Chairman of the Committee. Committee members heard from Congressional Budget Office officials on the implications of specific single-payer policy considerations and ways to expand access to affordable care.