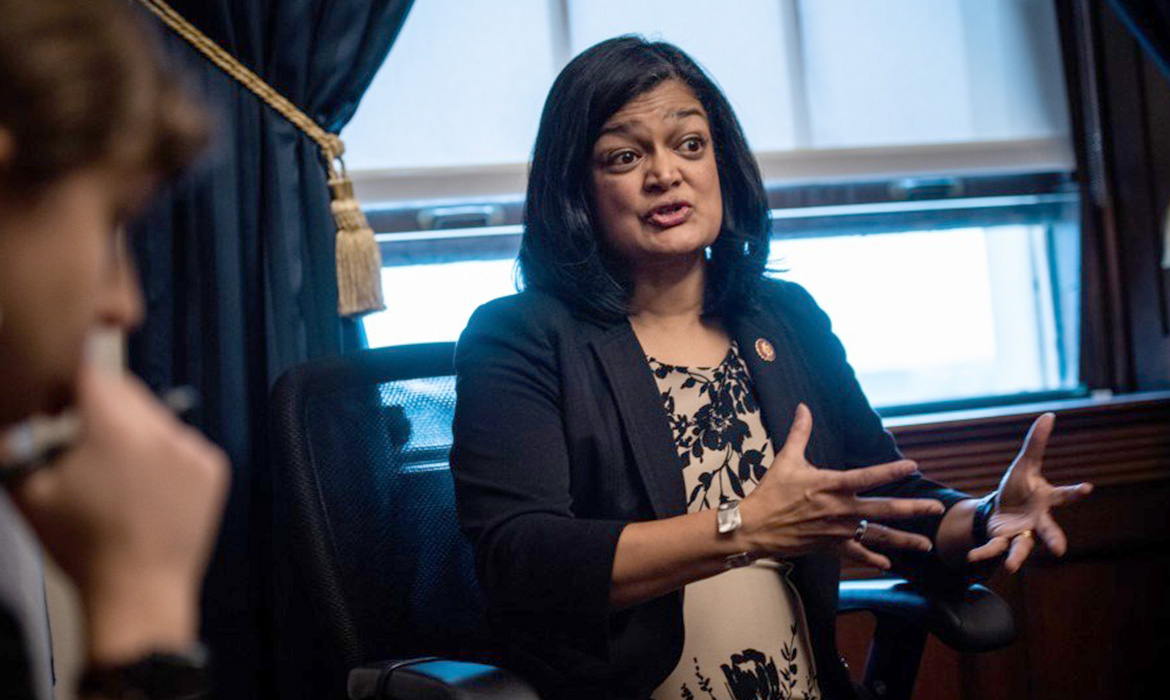 Instead of consulting with influential organizations such as the Center for American Progress or Families USA — two groups deeply involved in the crafting of the 2010 Affordable Care Act — staff for the Washington Democrat invited feedback over the past few months from a slew of groups further to the left.

The result: Legislation that goes significantly further than the first Medicare-for-all bill laid out a year and a half ago by Sen. Bernie Sanders (I-Vt.), envisioning not only an even more generous array of benefits but also proposing to overhaul the very method by which Medicare pays clinics and hospitals.

To some progressives, this is a step (or steps) too far, as it would upend health coverage for tens of millions of Americans with workplace plans and could cost many times more than the ACA. While Jayapal’s bill and other Medicare expansion measures will get a hearing in the House Budget Committee (probably next month), the major health committees are staying away from the legislation and leadership hasn’t said they will hold a vote on it.

But to the groups that were intimately involved in crafting the Jayapal bill, it’s a dream come true.

The measure bears the signs of close involvement by National Nurses United, the Center for Popular Democracy, the Consortium for Citizens with Disabilities, Public Citizen, Social Security Works and other organizations that say the ACA didn’t go nearly far enough in ensuring all Americans have access to a generous range of health benefits.

Why Medicare for some is the wrong idea