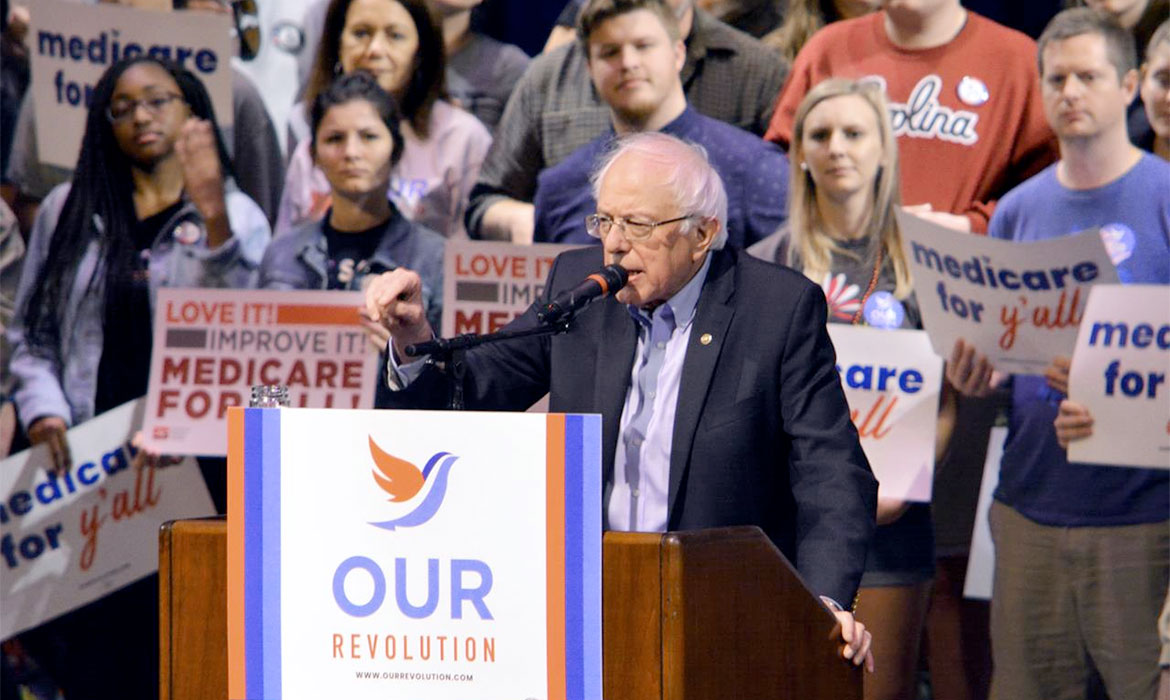 In the latest demonstration that President Donald Trump and the GOP’s lie-filled ads, videos, and op-eds attacking single-payer have not been enough to convince even their own constituents that providing healthcare to every American at a lower cost is bad policy, a poll published Monday found that a majority of Republican voters support Medicare for All.

Conducted by Hill.TV and the HarrisX polling company, the new survey showed that 52 percent of Republicans support Medicare for All, with 25 percent of GOP voters “strongly” backing the policy even as Trump and the GOP continue to pump out their fact-free claims against a system that would cover everybody with high-quality health coverage while reducing overall costs. The poll also found that 92 percent of Democrats and 68 percent of independents support Medicare for All.

“As Donald Trump and Republicans have stepped up attacks on Medicare for All, their own party has embraced the policy,” Josh Miller-Lewis, communications director for Sen. Bernie Sanders (I-Vt.), noted in response to the new poll, which adds to recent surveys showing that single-payer has garnered the support of 70 percent of Americans overall.

The Hill.TV/Harris X poll was published just as House Speaker Paul Ryan (R-Wis.) blasted out a video defending the current for-profit healthcare system—which has left over 40 million Americans without health insurance—and falsely asserting that Medicare for All would “hasten the bankruptcy of Medicare.”

In a tweet on Monday, Justice Democrats mocked Ryan’s video as an “audition tape for his next job as a corporate lobbyist for the insurance industry.”

“In poll after poll,” concluded Our Revolution, “the American people are voicing their overwhelming support for the United States joining every other major country in guaranteeing healthcare as a right to every woman, man, and child with Medicare for All.”