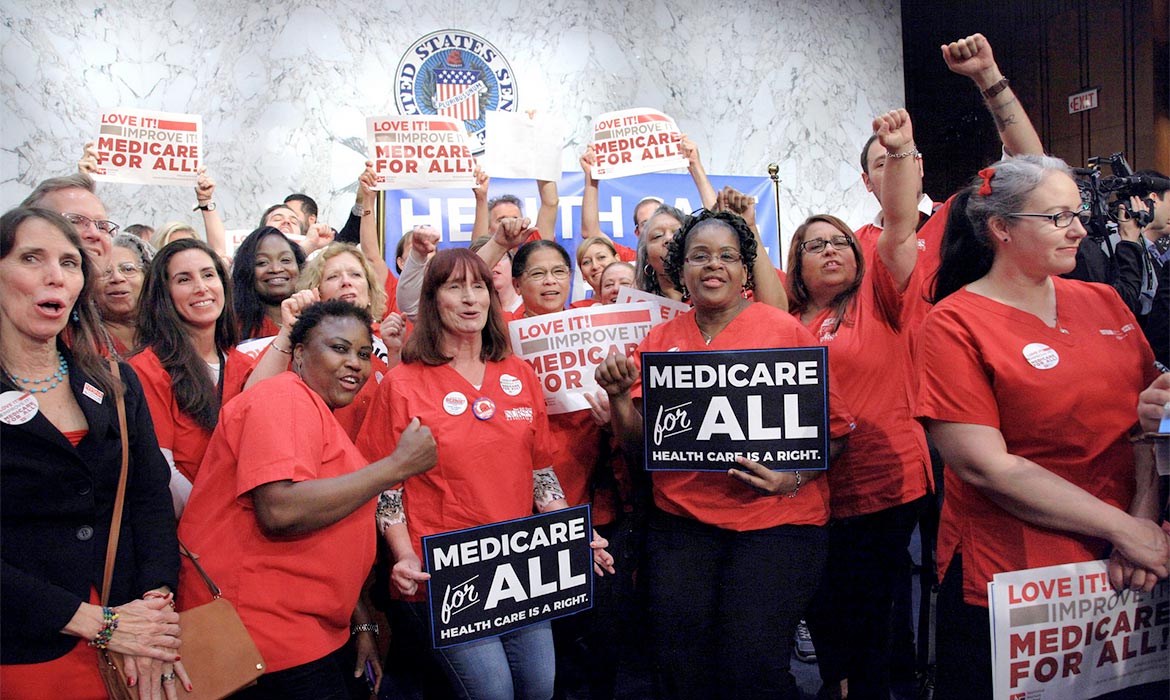 Donald Trump and the Republican candidates he is struggling to shore up in the election are so afraid of the momentum in favor of Medicare for All that they are now lying about this practically, economically, and morally necessary health-care reform. It is always troubling when a president lies. It is also troubling when the media amplify those lies. But the fact that USA Today published a repurposed set of partisan talking points from the president as an op-ed piece on Wednesday—under the scorchingly dishonest headline “Democrats [sic] ‘Medicare for All’ plan will demolish promises to seniors”—should be read as evidence that the movement to replace health-care profiteering with a single-payer health-care system is winning.

The unwitting president and his minions are agitated about the momentum that the movement for Medicare for All has gained in recent years—so agitated that they are making up arguments against a reform that the August Reuters-Ipsos survey found 70 percent of Americans (85 percent of Democrats, 52 percent of Republicans) now support.

With their desperate lies about Medicare for All, Trump and his fellow Republicans are inviting a debate that they will lose.

Trump’s opinion piece was nothing more than a rehash of the frantic line of attack that Republican strategists have been spinning out for the party’s candidates in congressional races around the country. The presidential diatribe was so riddled with inaccuracies that Washington Post fact checker Glenn Kessler determined that “almost every sentence contained a misleading statement or a falsehood.”

Read the rest at TheNation.com »