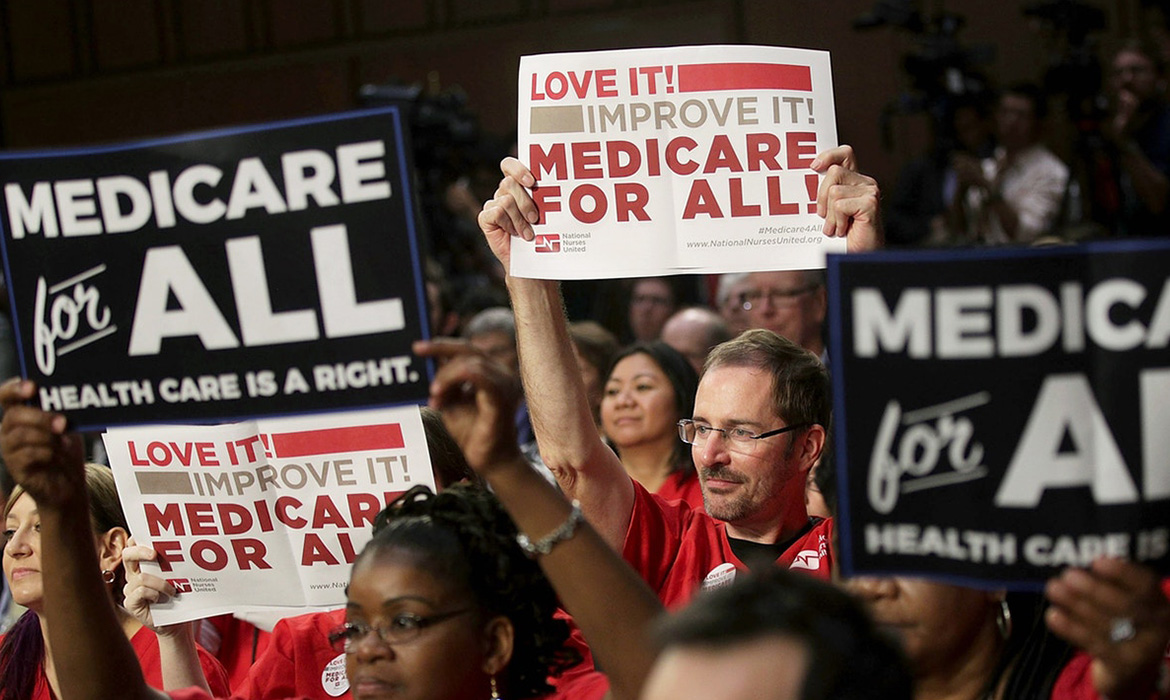 THE MEDICARE FOR ALL legislation unveiled Wednesday by Rep. Pramila Jayapal, a Democrat from Washington state, was written with the help of a broad swath of lobbyists and special interest groups, if perhaps not the kind associated with typical health policy legislation on Capitol Hill.

The key outside groups involved in the drafting included nurses, doctors, disability rights activists, and advocates for the elderly, as well as public interest organizations such as Public Citizen and the Center for Popular Democracy.

The result is legislation that, within one year of its passage, would provide improved Medicare coverage for everyone 19 and under, as well as everyone 55 and over. Within two years, it would cover everyone between the ages of 19 and 55, as well.

The legislation, which is being introduced with more than 100 co-sponsors, is the most far-reaching since a Senate version sponsored by Sen. Bernie Sanders, I-Vt., and includes benefits that are more generous. It also moves to full implementation in two years — as compared to four years under Sanders’s plan — a recognition by Democrats that the opposition party will push to repeal it if they come into power, but doing so will be more difficult once the benefits have gone into effect.

The effort includes related legislation that would change the way long-term care is covered. Under the current system, Medicaid is the last resort, which effectively means that the sick and dying must impoverish themselves in order to qualify. The new bill would end that practice and allow people to die with dignity at home.

Read the rest at theintercept.com >>