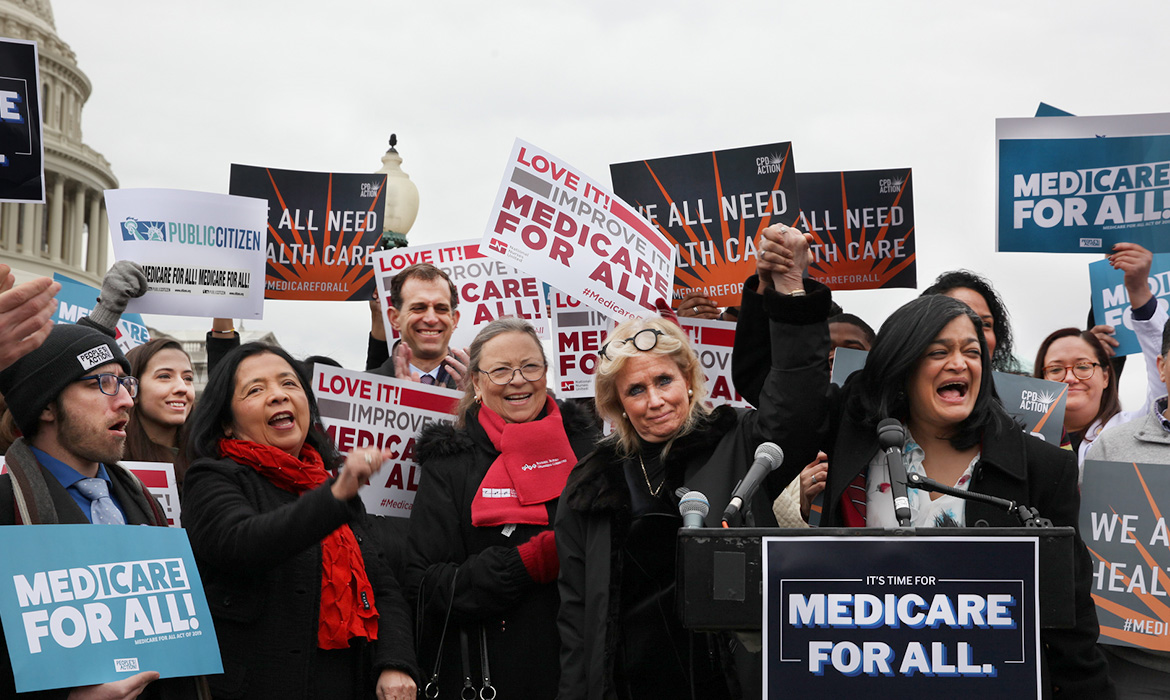 (CNN)House progressive Democratic leaders are set to unveil their own sweeping version of Medicare for all Wednesday, looking to put their stamp on a key legislative priority that’s pushing the party to the left both in Congress and the 2020 presidential primary.

The bill is sponsored by Reps. Pramila Jayapal of Washington, Debbie Dingell of Michigan and supported by more than 100 others. It’s similar both to prior Senate legislation from independent Sen. Bernie Sanders of Vermont and a House version that had been introduced several times by former Rep. John Conyers of Michigan.

The proposal would overhaul the nation’s health care system by creating a government-run plan that would insure all Americans. It would provide generous coverage at no cost to patients, but could cut payments to many hospitals and doctors.

“There are some things that should not be provided through the for-profit marketplace,” said Jayapal, slamming current system as putting profits ahead of people. “Health care is one of them.”

The legislation is chock full of progressive wish list items — going even further than Sanders’ plan by providing robust and costly long-term care services — but sidesteps the thorniest of issues: How to pay for it.

Its unveiling arrives at a period of heated debate within the Democratic party over how to expand health care to more Americans and whether the single-payer system championed by Sanders, Jayapal and other progressive leaders is the best route forward.

Other more moderate Democrats have suggested the plan is too expensive and politically toxic, gravitating instead to bills that would allow Americans to buy into Medicare at age 50 or to purchase Medicaid coverage, which currently insures low-income people of all ages.