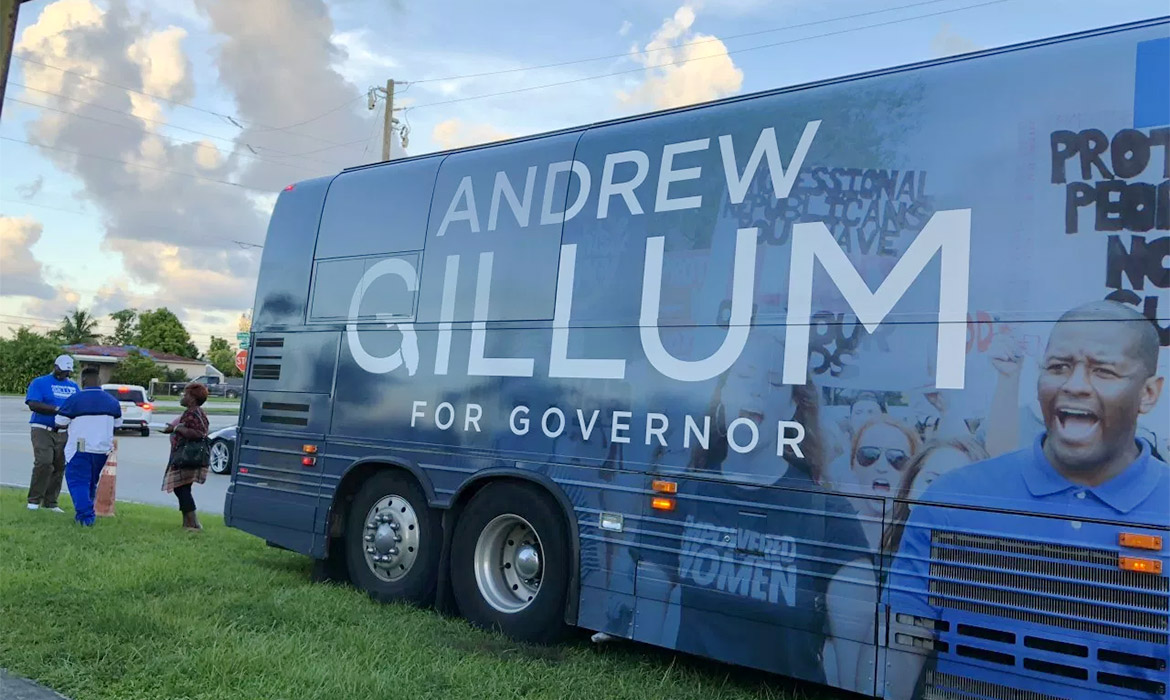 WASHINGTON – Our Revolution on Tuesday celebrated the historic victory of Andrew Gillum in the primary for Governor of Florida.

Our Revolution was part of a national coalition supporting Gillum’s progressive campaign.  Nearly a dozen groups spent $3.5 million on door-to-door canvasses, phone-banks, texting, mail, digital, and radio and TV ads, to activate voters who may not have participated in past primary elections, including young voters, Black voters, Latino voters and the growing community of Puerto Rican voters. Gillum’s support from grassroots activists and organizations was in staunch contrast to the crowded field of wealthy, establishment-funded candidates.

“Andrew Gillum’s historic victory tonight is proof that when progressive candidates run on their values and the grassroots organize, we can win change for the people,” said Our Revolution President Nina Turner. “Gillum’s people-powered campaign defeated corporate interests. Andrew is running for the working men and women, not big businesses or special interest groups. From Medicare for All to protecting our environment, Andrew Gillum will continue to fight alongside working people and we look forward to continuing to support his campaign in the general election.”

Our Revolution also endorsed business owner and non-profit founder Sanjay Patel in Florida’s 8th Congressional District and educator Alex Heeren in State House District 66. Both candidates were unopposed and will advance to the general election in November.

Our Revolution supports progressive champions at every level of government. By supporting candidates backed by people, not corporations, we are aiming to transform politics to make our political and economic systems responsive to the needs of working families.

How Medicare Was Won

‘I can’t afford that’: A viral tweet shows why we need Medicare for all