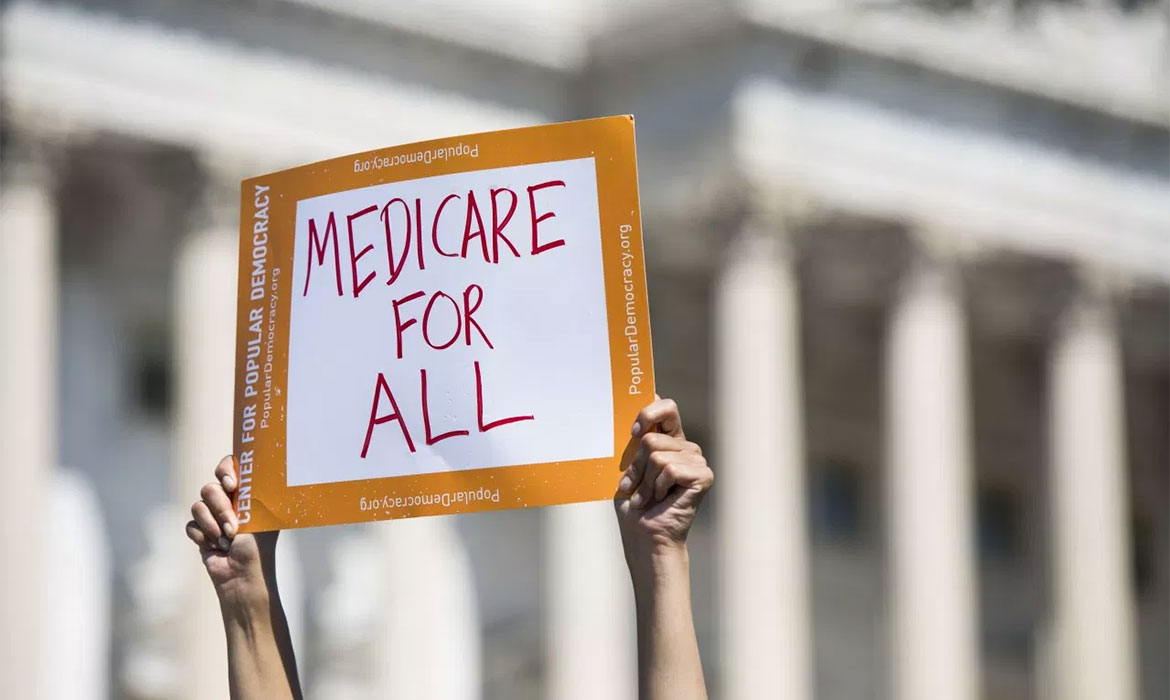 Thousands of people dialed into a call Tuesday evening to strategize how Democrats can make unprecedented progress on Medicare for All. A week after the midterm elections handed House Democrats the majority, organizers with National Nurses United hosted a conference call with lawmakers, activists, and just about any #M4A enthusiast, outlining how single-payer legislation passes at least one chamber of Congress. By the end of the one-hour call, most unmuted to say “I believe that we will win” — which started off sounding like static noise given the volume of calls but ended on laughs.

“When we have that majority, we need to make sure that we put it to use,” said Rep. Pramila Jayapal (D-WA).

Jayapal is calling for a committee hearing and vote on H.R. 676, or the Expanded & Improved Medicare For All Act, when Democrats take back the House. She’s asking every one of the 123 co-sponsors — really, every member of the Democratic caucus — to push for debate, as it’s not enough to say they just support legislation anymore. The Seattle representative and co-founder of the Medicare for All caucus is the new legislative lead on the House bill after former Rep. Keith Ellison (D-MN) left to become the Minnesota attorney general and Rep. John Conyers (D-MI) resigned after multiple sexual misconduct accusations.

“This is going to be an inside, outside strategy,” said Sen. Bernie Sanders (I-VT). “We are going to do our best on Capitol Hill but we need grassroots support.”

Sanders emphasized the need for loud public support to counter the health sector’s influence, who’s bankrolling anti-M4A efforts. Already, a coalition of insurers, hospitals, and pharmaceutical companies have created the Partnership for America’s Health Care Future to lobby against Medicare for All legislation. Physicians for a National Health Program’s Adam Gaffney, who also joined the call, also warned of competing proposals on the Hill.

“It’s time to talk about where we are going and how we are going to get there,” said Bonnie Castillo, executive director of National Nurses United, an active get-out-the-vote group. “We cannot simply rely on the electoral process.”

Read the rest at ThinkProgress.org »