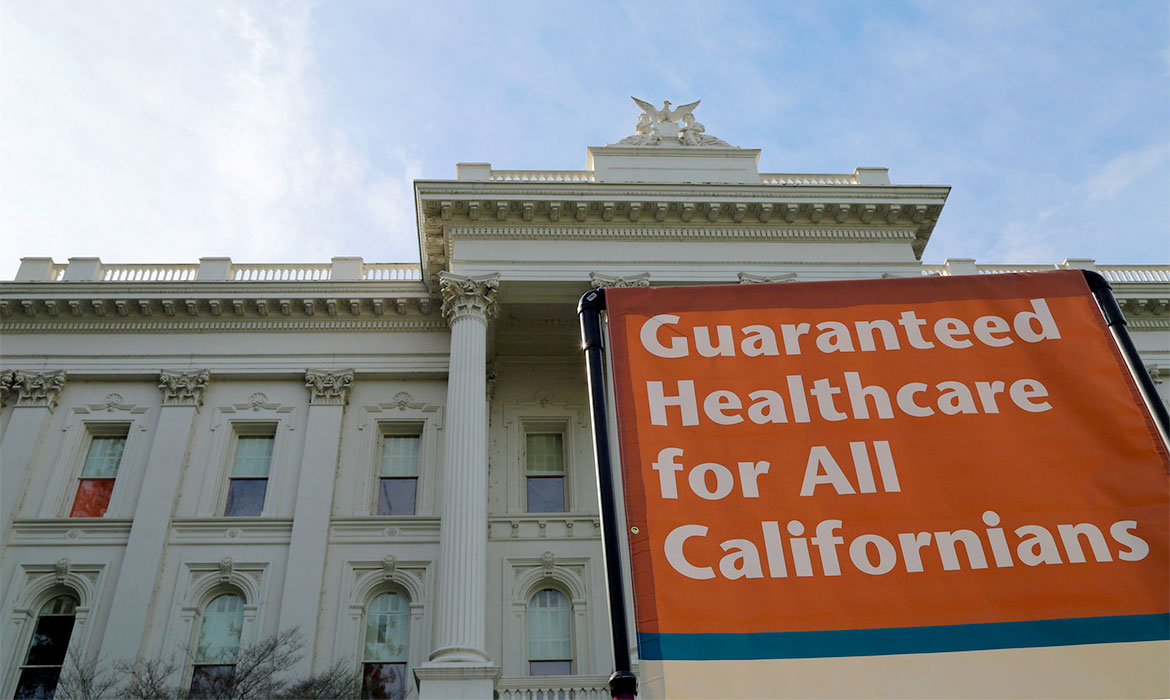 In September 2017, Lt. Gov. Gavin Newsom stood in front of a crowd of 1,500 nurses in San Francisco and pledged his support for bringing universal health care to California. The nurses, members of the California Nurses Association, were the principal supporters of Senate Bill 562, which sought to replace the state’s patchwork insurance system with a single-payer model in which the state would finance health care for all residents. (Disclosure: The union is a financial supporter of this website.) At the time, the bill was stalled in the Assembly—where it would eventually die—a fact that pleased neither the nurses nor Newsom. “It’s time to move 562 along. It’s time to get it out of committee,” Newsom told the crowd, which triggered a standing ovation.

Newsom capped off his remarks with a promise: “If we can’t get it done next year, you have my firm and absolute commitment as your next governor that I will lead the effort to get it done. We will have universal health care in the state of California.”

During an election year in which health care was a central issue—with GOP threats to the Affordable Care Act (ACA), anxiety about coverage for people with pre-existing conditions, and a renewed push on the left for Medicare for All—Newsom’s campaign was buoyed by his aggressive position on a single-payer system. Speaking about health care to the Los Angeles Times this year, Newsom said that as governor he was “going to push the envelope, lean in on this and see how far we can take it.”

Now comes the question: How far can–or will–Newsom take it?

Advocates and policy experts are optimistic, though they can differ as to the significance of the hurdles the state will face if it attempts to transition to a single-payer system. Among the most bullish is the CNA, whose members crisscrossed the state during the campaign in a red bus with “Nurses Trust Newsom” emblazoned on its sides. “We believe Newsom has the tools and courage to get this done,” said Stephanie Roberson, CNA’s director of government relations. She said that the union will introduce new legislation early next year, modeled largely after SB 562, and that she expects Newsom to be “an enthusiastic partner” in the project.

Read the rest at CapitalAndMain.com >>