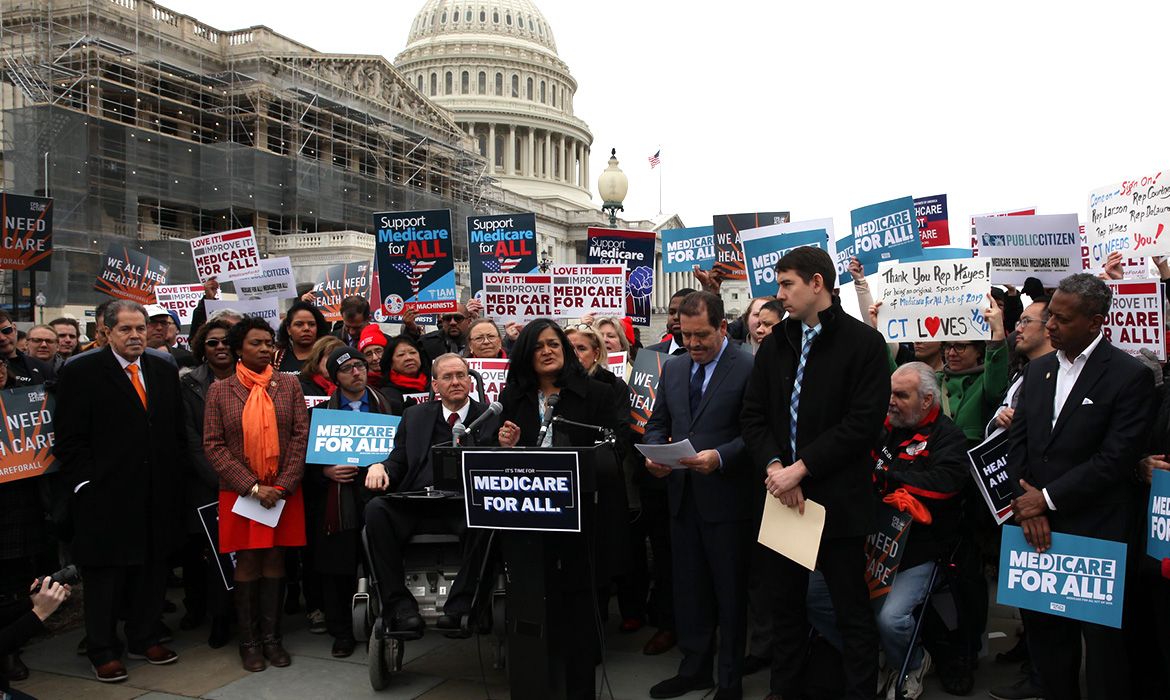 Jayapal, a lead author of the plan, H.R. 1384, told Wendell Primus, who serves as Pelosi’s senior health policy adviser, that she did not appreciate what she perceived as his efforts to undermine lawmakers’ bills. Jayapal pressed him to explain reports that he made disdainful remarks about the proposal in separate meetings with health policy researchers and insurance executives.

“I made it clear that I was not happy,” Jayapal said following a previously scheduled caucus meeting with Primus. “I think it’s really inappropriate for staff representing the Speaker’s office to be undercutting members of our caucus.”

The confrontation followed a POLITICO report that Primus called Medicare for All an unhelpful distraction during a Nov. 30 closed-door meeting with health policy groups, and left some attendees with the impression he wanted them to raise public concerns about the single-payer plan’s risks and downsides.

Pelosi spokesperson Henry Connelly on Monday disputed any suggestion that Primus sought one-sided analyses of single payer, adding “no one has anything to fear from good-faith research on Medicare for All.” On Tuesday, he characterized Primus’ meeting with the CPC as a “valuable family discussion.”

Read the rest at politico.com >>