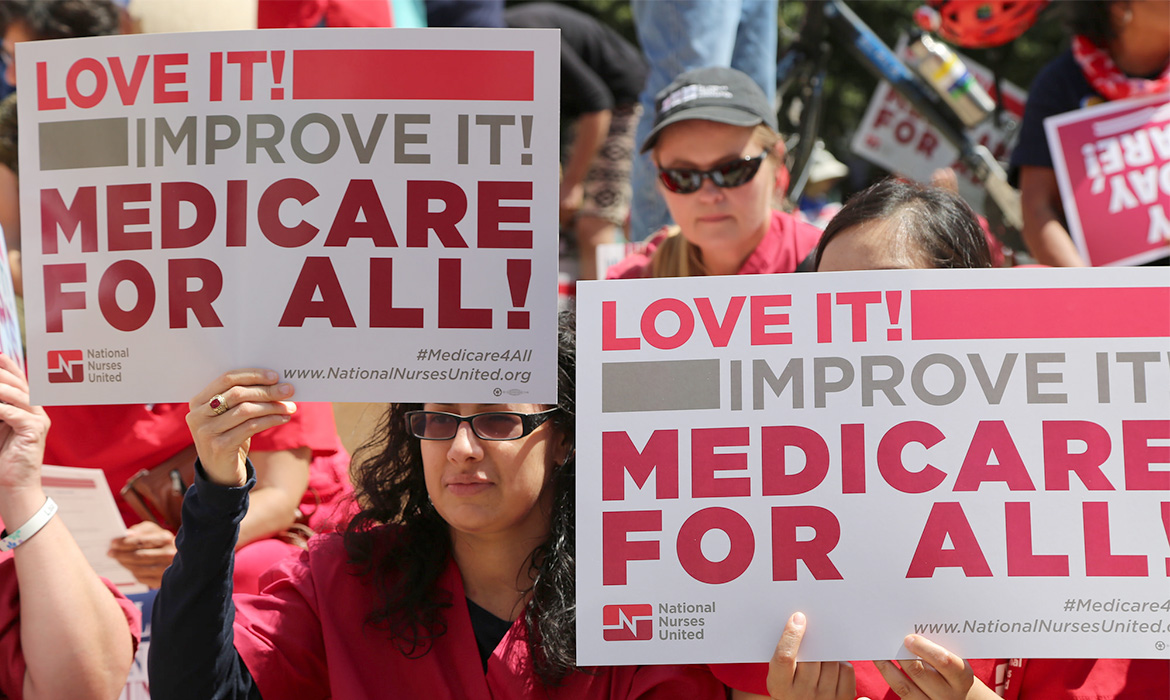 RNs organizing unprecedented, grassroots movement to back the bill

WASHINGTON, D.C. – Representatives Pramila Jayapal, Debbie Dingell, other members of Congress, and advocates including National Nurses United (NNU), the nation’s largest union of registered nurses, will introduce the Medicare For All Act of 2019 on Wednesday, February 27 at 11:15 a.m. EST.

“As the largest union of registered nurses in the country, we could not be more proud of Rep. Jayapal for leading the way on this legislation that will change and save our patients’ lives. Nurses are organizing an unprecedented grassroots movement to demand that our elected officials support this legislation,” said NNU Executive Director Bonnie Castillo, RN.

The event will stream live here.

Nurses are acutely aware, from their work at the bedside, that today’s health care system fails to provide quality, affordable healthcare as a right to all people living in the United States. Patients are paying for the current, broken system with their life savings and with their actual lives, say nurses, given that nearly 30 million Americans are uninsured, and at least 40 million more cannot afford the costs of their co-pays and deductibles.

The quality of our health care is shockingly behind other industrialized countries in such critical health outcomes as life expectancy, infant and maternal mortality, and preventable deaths from diseases. Yet the U.S. spends more money per capita on health care than any other industrialized nation. We waste hundreds of billions of dollars every year on unnecessary administrative costs, while health care industry executives measure success in profits, instead of patient care.

In early February, National Nurses United sponsored Medicare for all “barnstorm” mass organizing meetings, across the United States, aimed at kickstarting action on Medicare for All in local communities. Over 150 events were held across the country, attended by 5,000 people—and resulting in 1,500 canvasses scheduled over the coming weeks. RNs say this surge of everyday people getting involved with knocking on doors and calling their legislators will continue growing the movement to back the bill.