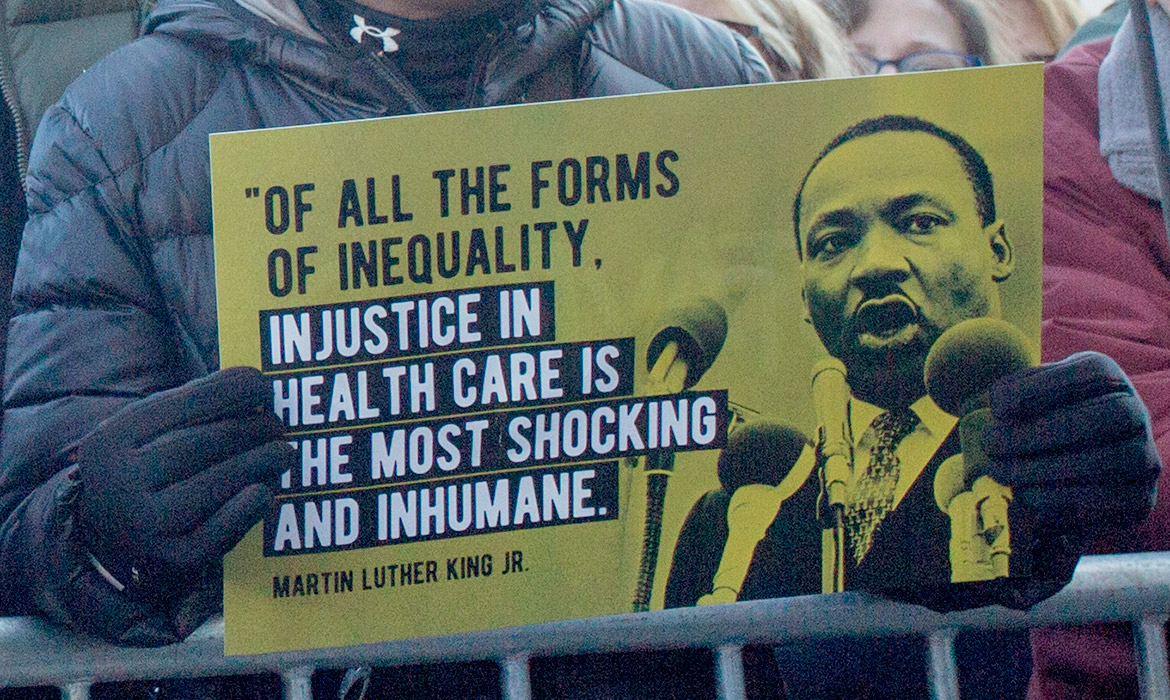 Despite increased scrutiny in recent years, culminating in a decision this spring by California Attorney General Xavier Becerra to reject appeals by three California hospitals to be exempted from charity care obligations, new data released today shows a sweeping drop this decade in what California non-profits overall are providing in charity care.

The percentage of charity care provided by California non-profit hospitals, as a percentage of their operating expenses, fell by one-third from 2011 through 2016, the most recent year for which public data is available.*

California non-profit hospitals reduced spending on charity care even while recording a total of $37 billion in net income (profits) in the same period.**

The California Nurses Association/National Nurses United (CNA/NNU) released the findings based on information reported by the hospitals themselves to the Office of Statewide Health Planning and Development agency and other publicly available information.

Since the expansion of Medicaid (Medi-Cal in California) as a result of the Affordable Care Act (ACA), California non-profit hospitals are providing even less charity care, a fall of 42 percent in the years 2013 through 2016.* Some hospitals have asserted they no longer need to provide the same level of charity care as a result of the ACA, even though more than 12 million Californians, according to another CNA-sponsored study, struggle to pay inflated medical bills.

“Attorney General Becerra’s recent actions, and the new data, are a reminder that the concerns over California’s lax requirements on charity care, as well as community benefit programs, remain an important public policy issue that should be addressed by lawmakers,” said CNA Co-President Deborah Burger, RN.

Both figures are a comparison to the amount of charity care non-profits provided prior to 2011 – an update from a 2012 CNA research study that documented how California private, not-for-profit hospitals reaped more than $1.8 billion in government subsidies and benefits from their tax exempt status beyond what they provided in charity care in 2010.

“Instead of increasing the level of charity care they provide after the glare of that spotlight, the hospital industry has shamefully acted with arrogance and indifference, even as millions of Californians continue to struggle with inflated, un-payable hospital bills,” said Burger.

The drop in charity care, say nurses, is especially egregious considering the enormous financial benefits California non-profit hospitals receive from taxpayers in the form of exemption from property, income, and sales taxes, as well as profiting from non-taxed charitable contributions and tax exempt bond status.

Hospital industry representatives have defended the big decline in how much charity care they provide by citing other activities, including STD-prevention, nutrition and health education classes and even participation in farmers markets.

“None of those programs compensate for the hospital care needed by patients who can’t afford the increasingly high costs of essential medical care when they are sick or injured,” said Burger. “The decline in charity care, and the escalating out of pocket costs put lives, health and security in jeopardy,” Burger said.

In addition, the new findings show that non-profit hospitals reported just under $3.9 billion in “bad debt” from 2011 to 2016. Bad debt is unpaid charges for patient care the hospital wanted, but failed, to collect – as opposed to charity care for which it does not expect payment.* Hospitals arbitrarily classify what is bad debt based on patient income.

Hospitals could, nurses say, increase their charity care provision by not demanding payment for what are typically inflated hospital bills. Instead, most aggressively pursue payment from patients, a high percentage of whom are unable to pay the high cost, and hospitals then often sell the “bad debt” to collection agencies who typically hound people for payment, file court charges if unable to collect, and burden those who can’t pay with negative credit ratings.

CNA’s 2012 study followed a report by the California State Auditor expressing similar concerns and a state legislative public hearing at which an Auditor’s Office official decried lax standards by the state in what is formally required of non-profit hospitals. Subsequent legislation sponsored by CNA in 2013 and 2014 was defeated after intensive lobbying by the hospital industry.

“It’s long past time for the state legislature to finally establish mandatory, minimum levels of charity care all hospitals must meet to maintain eligibility for non-profit status, including to qualify for tax-exempt bonds, and to clearly define what constitutes charity care as CNA has long advocated,” Burger said.

Key findings in the CNA analysis include: