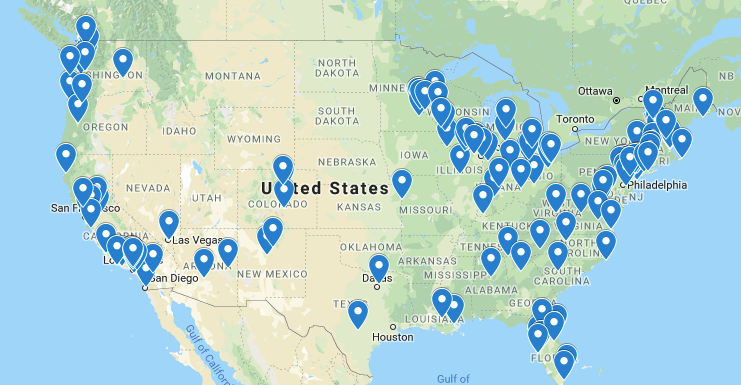 “Nurses have been fighting for decades to win Medicare for All, so we are thrilled to see the movement for real health care reform in America expanding like never before,” said Bonnie Castillo, RN, executive director of National Nurses United(NNU), sponsor of the Medicare for All week of action. “The barnstorms are about harnessing that momentum and continuing to build it out even further, into every community, conversation by conversation, neighbor by neighbor—until the people’s will for Medicare for All becomes the political will to get it done.”

A recent Reuters-Ipsos poll  showed 70 percent of respondents support Medicare for All. According to nurses, ground support has been unprecedented, with volunteers knocking on doors, crowd canvassing, and phone banking—identifying tens of thousands of Medicare for All supporters, from August 2017 through September 2018 alone. An organizing call  for the barnstorms, featuring Rep. Pramila Jayapal. who will soon be introducing the new House Medicare for All Act; Senator Bernie Sanders, sponsor of the Senate bill; and NNU’s Castillo, was attended by thousands of people.

With the impending introduction of Jayapal’s new House bill, nurses and activists say the barnstorms will focus on organizing to knock on doors, make phone calls to and otherwise rally the American public to lobby representatives for the bill’s passage.

“Profiting off sick people is sick,” said Briana Moss, whose fight to maintain insulin for her Type I diabetes inspired her to host the Dubuque, Iowa barnstorm. “I know people with diabetes literally dying because they cannot afford their insulin. My grandparents are too scared to retire. Having health care tied to your occupation holds everybody back. In what should be the greatest country in the world, there’s no excuse for this.”

Allentown, Pa. barnstorm host Emily Hibshman, 25, says she is fighting for a future in which young people can fulfill their potential, rather than basing life decisions around aging out of family insurance at 26. She says she is committed to holding elected officials accountable.

“I want people who support incremental change in the existing system to think about who will be hurt by continuing to do that,” said Hibshman. “Any democratic politician worth their salt needs to get behind Medicare for All.  People want it. If you’re not behind it, you need to get out of office.”

Nurses say they have been blown away by the massive response to the call for barnstorm events, and are heartened to see everyday people stepping up and joining the movement.

“The health care and insurance industries may be able to buy politicians and the media, but they will never be as persuasive as our thousands of volunteers,” said NNU Copresident Jean Ross, RN. “We’re going to put intense pressure on Congress members to sign on as cosponsors of the Medicare for All Act of 2019 and for key House committee members to bring the legislation to hearings. In honor of our patients who have paid the ultimate price in this deadly system, we know we can’t wait any longer – and together, with all of the working people and allies standing up this week and beyond, we will see that Medicare for All makes it across the finish line.”