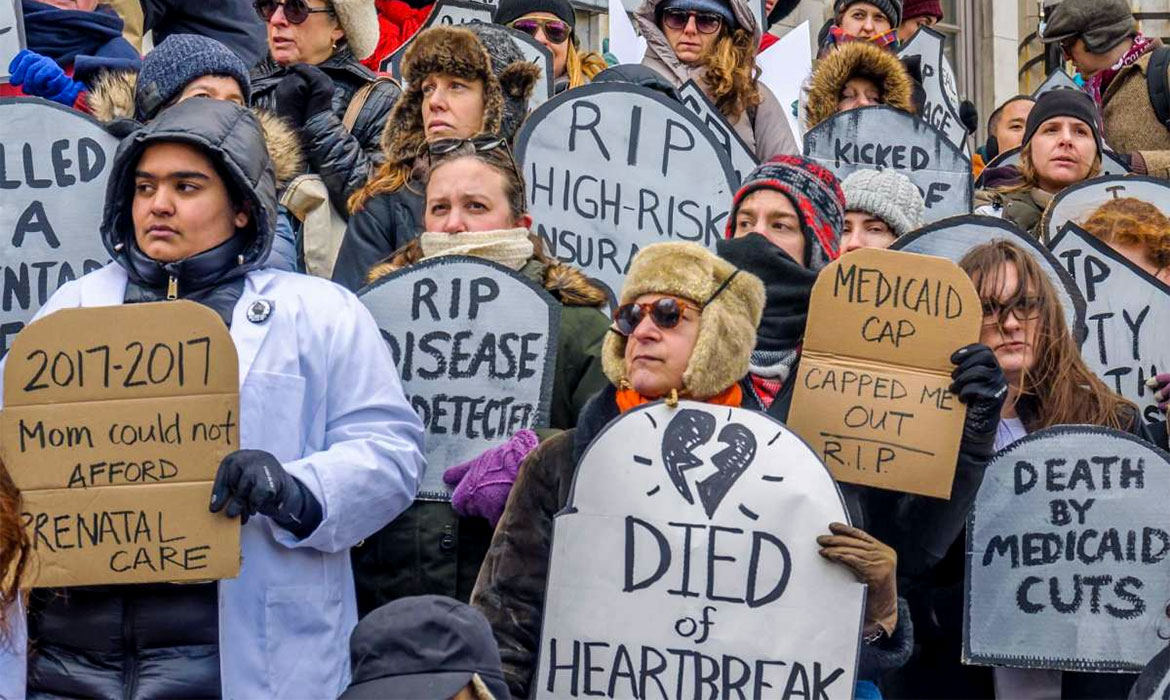 In George Orwell’s Animal Farm, the top dog, or pig in this case, Napoleon can’t get the land to produce food, so he makes it up. For example, Napoleon orders nearly barren storage bins be loaded up almost to the brim with sand, deceiving a human onlooker to report there was no food shortage on the farm. After he finally leaves the White House, Trump could play Napoleon in a remake of Animal Farm.

Or maybe Trump was best explained by Mark Twain more than a century ago — “one of the striking differences between a cat and a lie is that the cat only has nine lives.”

Republicans will totally protect people with Pre-Existing Conditions, Democrats will not! Vote Republican.

Facts apparently have little meaning to this President and his administration, but they are twisted, distorted and repeated over and over for the benefit of its most loyal defenders.

Why is Trump making this easily refutable claim?

As the Houston Chronicle reported October 24, more than 100 million people in the U.S. have “pre-existing” health conditions — which can range from cancer treatment to chronic conditions like high blood pressure, asthma, diabetes, or even pregnancy.

An October Kaiser Family Foundation (KFF) poll found that health care is the number one issue for voters in the mid-terms, and protection of pre-existing conditions is a key concern, along with, of course, the escalating out-of-pocket costs for care.

In the key battleground states of Florida and Nevada, where health care is the “most important” issue for voters in making their electoral choice, KFF reported, two thirds of the voters say they are more likely to vote for a candidate who supports maintaining pre-existing conditions protections.

Yet the past does not work well for Trump or the Republicans he is trying to promote in November, most of whom have their own records to disown.

The Napoleon act is pretty easy to expose:

How to Really Protect People with Pre-Existing Conditions: Medicare for All

While Democratic candidates have rightfully exposed the outlandish lies by Trump and numerous Republicans suddenly acting as defenders of the sick, the inconvenient truth is that even with the ACA, insurance companies have found numerous ways to skirt the law, part of their business goals which prioritize profits over patients. 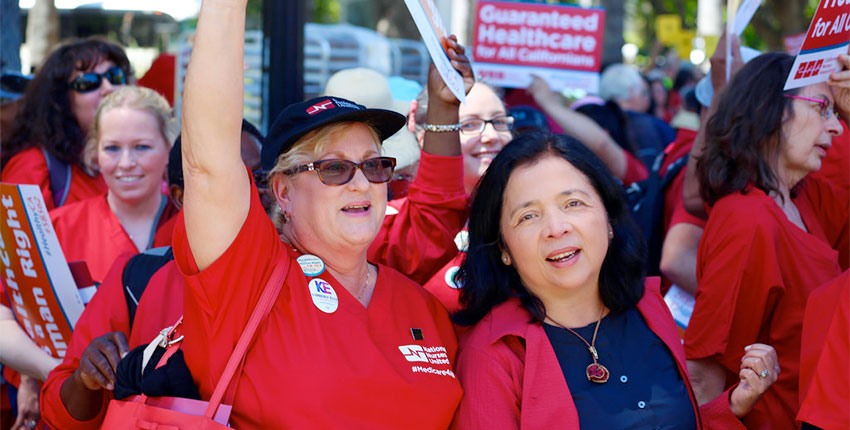 In the Lancet last year, MDs Adam Gaffney and Danny McCormick described some of the ways insurers game the system, for example structuring the narrow networks their plans include to exclude access to specialty care providers, such as prominent cancer centers, and “tailor(ing) benefit packages to discourage high-cost patients from choosing or remaining in their plan.” Those tactics are clearly intended to screen out patients with higher cost pre-existing conditions.

While stopping this attack, there’s a surer method to protect patients.

As KFF’s Larry Levitt points out, “the ACA isn’t the only way to protect pre-existing conditions. Medicare for All does it.”

The ACA isn’t the only way to protect pre-existing conditions. Medicare for all does it. High-risk pools could also (with decent coverage and adequate funding, which was historically not the case). But, saying you do it and actually doing it are not necessarily the same thing.

An improved Medicare for All guarantees everyone can get health care, not just “insurance,” when and where you need it without the restrictive insurance networks, limited drug formularies, caps on coverage, and punitive care denials.

Increasingly, Americans across the board, regardless of political affiliation, age, ethnicity, or whether they live in a city or rural area, or red or blue, now support Medicare for all as the real, lasting solution to assure them and their families real health security.

And that’s the reason why more than half the Democratic candidates running for the House in the mid-terms support Medicare for All and why the Trump administration and its acolytes are so vehemently attacking it.