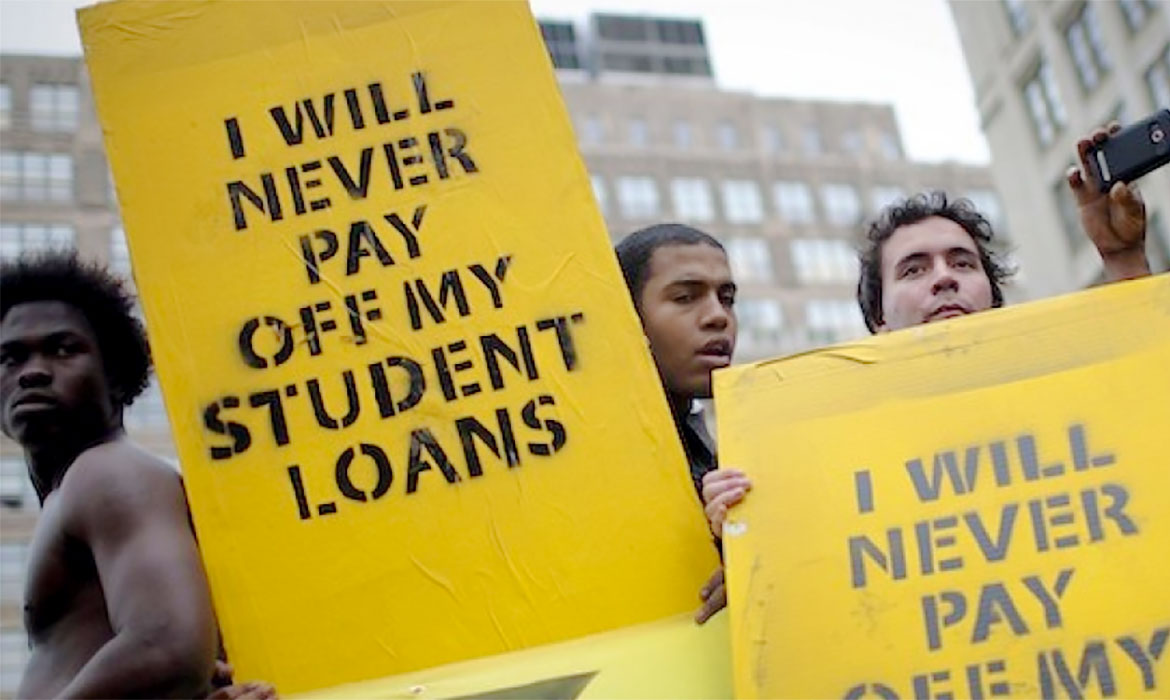 Reflecting the economic realities faced by young Americans, a new poll finds that a majority of people between the ages of 15 and 34 believe the government should use its vast resources to provide free healthcare and college tuition to the country—saving younger and future generations from the student loan and medical debt experienced by millions of Americans.

According to a survey by the Associated Press-NORC Center for Public Affairs Research and MTV, 69 percent of young Americans support a single-payer healthcare program like Medicare for All, while 66 percent back government-funded college tuition—likely to lessen the burden of debt that many are living under.

Nearly 1 in 3 Millennials owes student loan debt. If you put an initiative on the ballot to forgive (or have the government pay off) this debt it would make showing up and winning on Election Day worth an average of $30,000 for millions of Millennials.

Too many of our young Americans are being saddled with debt, and not just from student loans.

A new study finds that Millennials also have the most medical debt.https://t.co/3T6lWmee95

Millennials rack up the most medical debt and more frequently: https://t.co/oMdJFZ8THE

“If you know you can’t afford a bill, and you don’t want to incur debt, then you might not seek care.”

The proposals have the most support among Democrats, with 80 percent and 79 percent of Democratic respondents expressing approval, respectively. But about two-thirds of independent voters also said they believe the government should provide healthcare and post-secondary education to Americans, and more than one-third of young Republicans agreed.

The poll results come as both ideas are garnering more support among elected officials—and as many millennials report bleak financial circumstances and outlooks due to crippling debt, contrasting sharply with the experiences of their parents a generation ago.

Forty-four million people currently hold $1.5 trillion in collective student loan debt, and 17 million of them are under the age of 30. Young borrowers pay an average of $350 per month on top of other expenses. Young Americans are also affected by medical debt, with one study published this summer in Health Affairs finding that among all Americans who owe medical bills to debt collectors, the largest share were 27 years old—a year older than young people are when they lose eligibility to remain on their parents’ health insurance plans through the Affordable Care Act.